Word to the wise: pick a child’s lovey based on your ability to see it in the dark

Posted on November 27, 2012 by jrothmanshore

Like all good parents, we started manipulating our children when they were just newborns.

For each of our kids, we introduced them to a lovey when they were just a few months old.  They became so used to having these small plush toys with them when they sleep that they automatically become both a comfort and a “time to go to sleep” signal.  It led to smoother bed times.

This isn’t new.  When I was a little boy, I was firmly attached to my Le Mutt stuffed dog.  However, manufacturers have refined the technique with specially designed loveys.  These are approximately 12″ squares of blanked with a small animal head in one corner, perfect for a child to nuzzle against their cheek (but too small to present a choking hazard).

The downside of a lovey is that the child can be somewhat bereft if the toy cannot be found.  It becomes part of their sleeping routine, and they aren’t used to falling asleep without it.  I always feel a little sad when I encounter a lovely lost on the sidewalk somewhere, imaging the poor kid (and poor parents) who have to deal with its absence.

Not to worry, manufacturers have a solution for this too – backups lovies.  Angel Dear in fact sells bundles of loveys under the “a pair and a spare” branding, allowing you to have one at home, one at daycare (or the car, or wherever) and a backup so that they can be swapped out and washed.

Clearly, a lot of thought has gone into these.  But there is still more to be done…

At 2am this morning, I stumbled into my son’s room after he started crying “Monkey!!!” Rafael’s monkey lovey had been mixed up in his sheets and when he woke, and he couldn’t find it.  He started calling for me, and it took me a minute of fumbling in the blankets before I uncovered it.

More attention needs to be paid to the coloring.  They need to be visible in the dark.

The problem is that the monkey’s natural camouflage allows it to fade into the shadows of a dark blanket.  There is a bright spot on the monkey’s nose and chest, but depending on how it’s lying, this can be obscured: 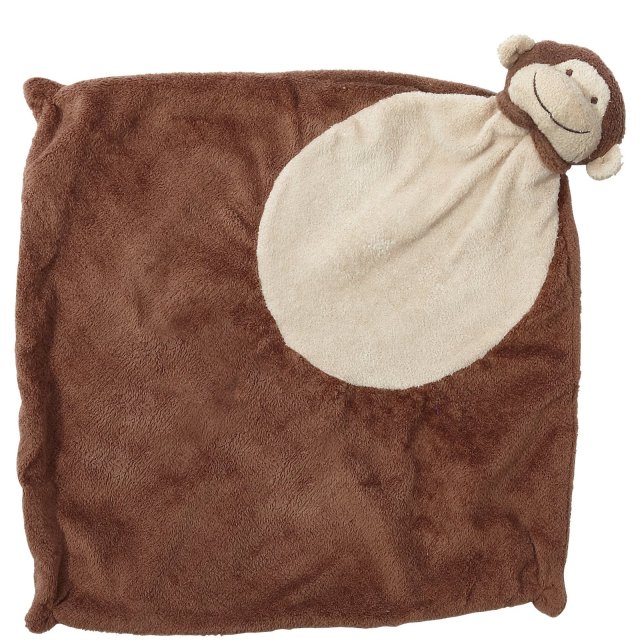 I can’t tell you how many times we have lost that monkey in the middle of the night.  He wanders into our room, and then we carry him back to bed, only to discover the monkey is missing.  After a search in the bed, we have to retrace our steps, squinting at all the shadows until we find where he dropped it along the way.

We don’t have this problem with my daughter’s lovey.  She has a giraffe, and it’s distinctive speckled light and dark pattern makes it easy to spot, even in low light conditions: 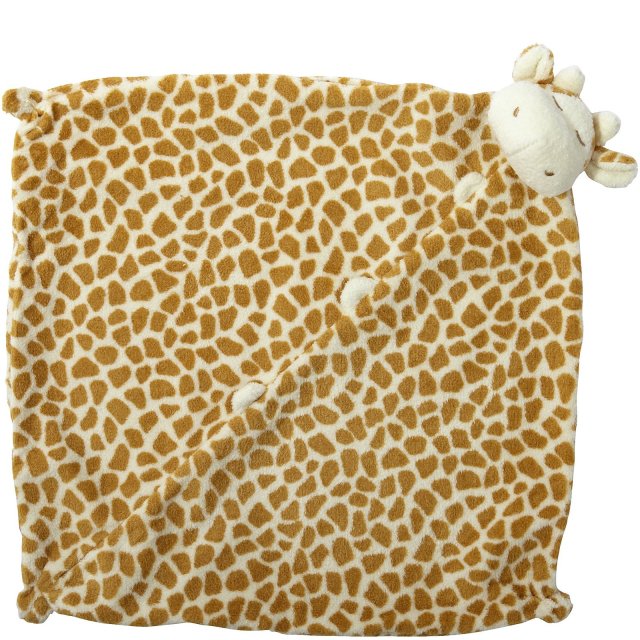 The giraffe uses a different camouflage technique.  It’s design is what is known as “disruptive camouflage”, where the goal is not to hide the object itself from view, but rather to disorient the observer as to the direction and position of the object.  The technique was actually used in World War I to make naval ships harder to hit with torpedoes, as recently covered in an excellent 99% Invisible podcast.

So, if you are considering a lovey for your child, I encourage you to pick a lovey that is easy to spot in the middle of the night.  Choose from these animals with disruptive camouflage:

The principle goes beyond just lovies. After stubbing my toe a hundred times in the middle of the night on a wooden step stool for the kids in our bathroom, I replaced it with a plastic one.  My theory was that it would hurt less, but ironically, I don’t bump into it at all.  It’s white with blue bumps, and it now stands out enough in the dark for me to see it and step around it.

If I were really an entrepreneur, I would start my own line of visible-in-the-dark baby products.  Wipes, diapers, baby gates, changes of clothing… I could make millions.

This entry was posted in Uncategorized and tagged family, methodology, parenting, shortcuts. Bookmark the permalink.