To my disappointment, Lego marketers knew what they were doing

Posted on February 25, 2013 by jrothmanshore

As a kid, I was a huge Legos fan.  I would spend hours building spaceships, cars, buildings, airplanes, and anything else I could imagine.  Back in those days, each set of Legos came with instructions for three or four different creations.  After you built one, you took it apart and built another, and pretty soon you had mixed the pieces with the rest of your sets to build your own designs.

In an effort to stay competitive, Lego has shifted their products to focus more on tie-ins with major brands like Star Wars and Harry Potter.  And the sets were no longer geared towards multiple creations – each one comes with the pieces and instructions for a single item, never to be torn down and mixed up.

I understand the trend, but I was somewhat bothered a year or two ago when Lego rolled out a new line called “Lego Friends”.  These were lego sets specifically targeted towards girls.  They featured bright pink packaging and allowed kids to build picnic stands and swimming pools.  What irked me about it was why they felt the need to create them in the first place.  Legos were supposed to be about building using your imagination, and this should work for boys and girls.  Why did girls need their own special sets?

Now that my kids are getting old enough, I have naturally tried to encourage them to build with Legos too.  My younger son is just two and a half and only starting to show the dexterity and patience to build, but my older daughter Ayelet is five and should be just the right age.  I’ve tried a few times with her, and while she participated, I could see that the spark hadn’t yet been lit.

A couple of weeks ago I had a few hours at home with Ayelet, so I decided to stop in at Target and see if I could find an activity for her.  I steered her past the pink doll aisle and went down the Lego aisle to see if I could interest her.  She looked at the various trucks and vehicles and then insisted we go back to the doll aisle to how me the one she wanted.

To my horror, she seized a Lego Friends box.  It was a Disney tie-in featuring Cinderella and her carriage.  I could see that she was really excited about it, so I opened myself to the experience, and we bought it.

Sure enough, she loved it:

Not only did she enjoy building it, she proceeded to play with it for the next few days.  Emboldened by this interest, a few nights later I asked her if she wanted to build something else out of Legos, and she excitedly said yes.  I got out a larger package of Legos from one of my previous attempts, and she and her brother spent the next 45 minutes building boats and cars:

Both kids get in on the act

When an intense blizzard hit the Boston area, I decided to buy a Lego set in the supermarket toy aisle as a possible activity.  They didn’t have Lego Friends, but I chose a nice dump truck.  Both kids took turns building it with me (my daughter did the fine detail work on the front, and my son did the larger blocks on the back).

The set particularly captured my son’s imagination, who spent hours loading and unloading trash.  The truck was a little fragile for someone under three, so I needed to repair it quite often, but overall it was a hit.

This set kept the kids occupied for two hours during the blizzard.

Up until that Lego Friends set, my daughter had very little interest in building with them, but now she is enjoys it.  For her birthday party’s goody bags, I found some Lego Friends mini-bag sets to put in them for a $1.50 each at Target.  She was excited to put together her picnic lunch set from her own bag. 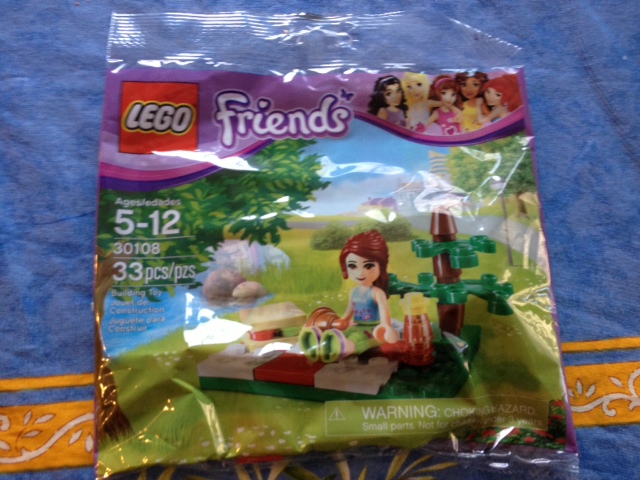 I wish Lego Friends didn’t need to have existed, but clearly the marketers understood something that I missed.  Trucks and airplanes might get me excited to build something, but that doesn’t work for all kids.

When I dropped my daughter off at school this morning, she had to write her name under the construction activity she wanted to try: 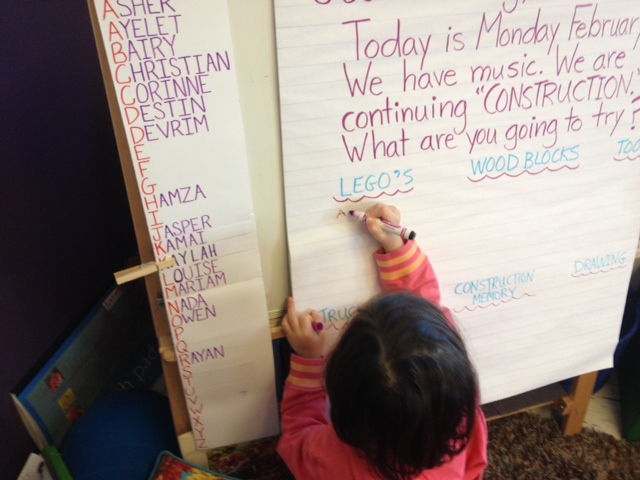 Ayelet choose Legos for her construction activity, all on her own

All on her own, she chose “Legos”.

This entry was posted in Uncategorized and tagged family, lego, legos, parenting. Bookmark the permalink.

3 Responses to To my disappointment, Lego marketers knew what they were doing