Until there is iPhone screen sharing, using PhotoPen to mark up screen shots for family tech support

As the family nerd, I am the go-to source for computer tech support.  As an iPhone devotee, it also means that I am the person who gets the call when someone’s phone isn’t working (one family member opted to go with an iPhone in part because I explained that if they bought an Android device, I wouldn’t be able to help them if they ran into any issues).

When I am providing support for a regular computer, I’ve come to rely on join.me for easy desktop sharing.  However, there is nothing like that for the iPhone.  The person with the problem is struggling to explain to me over the phone what is wrong, and I am trying to talk them through the steps fix it – frustrating for both of us!  I do have fantasies that someday Apple will roll out an extension to FaceTime video calls that allows for the other person’s screen to be a kind of third camera, allowing the person on the other end to see what’s on the caller’s screen.  Alas, this feature doesn’t yet exist.
Recently, I hit on a new technique for providing remote phone tech support.  My mother was using Instacast based on my recommendation, but she couldn’t figure out how to disable the 3G streaming options.  I provided her with what I thought were clear steps:

However, she couldn’t figure it out from those steps.  While Instacast is a great program, it lacks the simple intuitiveness of Apple’s own applications.  My instructions notwithstanding, she just couldn’t figure out how to find the setting.

What I really wanted was a way to “show her” what to do.  After a quick search of some apps, I found a really useful application called PhotoPen.  It allows you to make simple annotations on a photo, including boxes, circles, text, and other simple markup.  I used the sleep+home button combination to take screenshots of the relevant screens in Instacast: 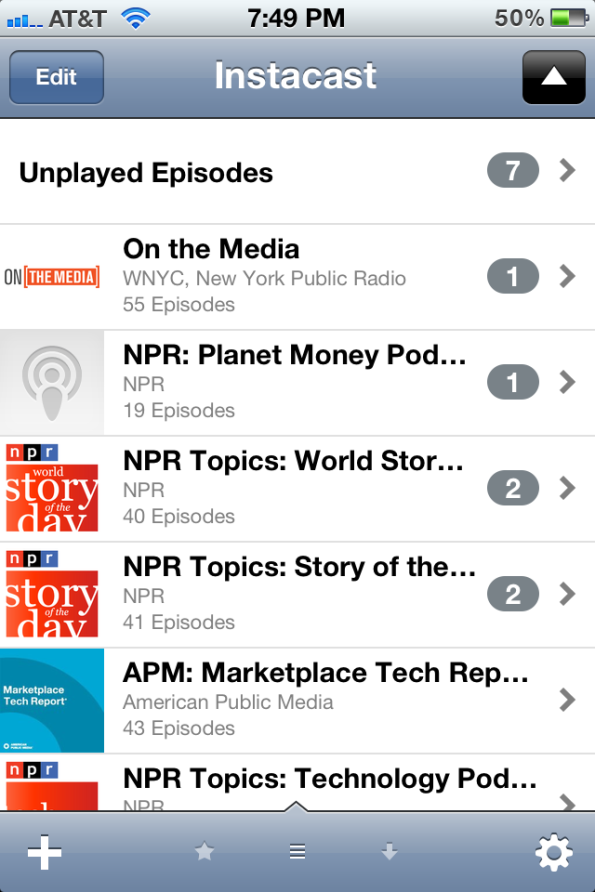 I then used PhotoPen to add some simple annotations to indicate exactly where she should be tapping to get into the settings:

I then marked up the other steps of how to get the final setting: 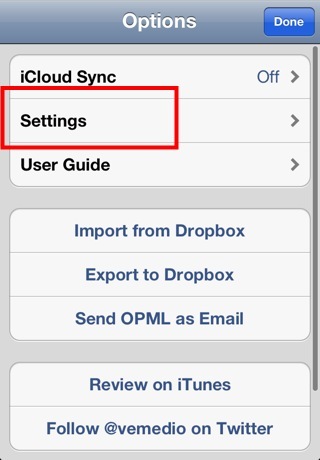 I then packaged these up into an email and sent them off to her, and voila, she was able to do it.
What I really like about this is that I can do it all from the phone, quickly and easily.  Before, if I had wanted to do something like this, I would have needed to take the snapshots, transfer them to a computer, open them up in a photo editor, mark them up, and send them along.  Now, I can do it all on my device in a few minutes.
Of course, this only covers half the problem.  If my “client” isn’t able to describe what problem they are having or they are experiencing an issue I’ve never encountered, I still need a way to see their screen.  But this is a good start.
So, Apple, how about including my “third camera” FactTime feature in iOS 6?

This entry was posted in Uncategorized and tagged debugging, iOS, iPhone. Bookmark the permalink.