Today’s Legos have too many specialty pieces, and how I’m fixing it for my own kids

Like many parents, I want my kids to experience some of the memories I cherish most from my own childhood, and this means having a great Lego collection in the house.

Legos have evolved a bit since I was a kid, and I can’t help but feel they have lost some of the creativity. I remember that my Lego sets of my childhood came with instructions on how to build the object on the cover, but that was just the beginning. Sometimes I would follow them, and sometimes not. Before long the pieces were just mixed in with the ones from all the rest of the sets and were used for my own creations.

Today’s kits are different. They are much more focused on building a particular vehicle or structure, without much of an eye towards reuse. They seem to consist mostly of “specialty pieces” – windows, cranks, wheels, seats, brooms, and other accoutrements designed to make the vehicles more lifelike. They don’t come with that many generic bricks. If all you have are the pieces of a fire truck and a garbage truck, it’s hard to build anything else other than some sort of truck.

When I was at home visiting my parents for a few days this past summer, I pulled out my old Lego set (the one toy from my childhood my parents saved) and played with my three-year-old son. I was immediately struck by the difference. While there were plenty of specialty pieces, there were tons and tons of red bricks in various shapes and sizes. We were able to build a much bigger, sturdier moon rover that had some real “oomph”.  My son could actually play with it.

I wanted to recreate this at home, so I went to E-Bay to see if I could buy random lego pieces.  Sure enough, there is a reseller called BlockPartyBricks, selling bags of Legos by lot.  For $25, I bought a bag of 300 pieces.

All these pieces certainly added volume and helped tremendously, but they didn’t really solve the problem. The vast majority of the pieces inside were “specialty pieces”. Having greater variety helped, but we still couldn’t build bigger objects. Worse, most of the pieces were mismatched – there would be two airplane wings for the “right side”, but none for the “left side”.

Last weekend, I decided to fix the problem. While my wife and kids shopped at the mall for new fleeces, I snuck into the Lego store and made my way to the back wall. I’d heard rumors that Lego stores had a pick your own section, and sure enough it was real.  Separated by size and color were small bins of various utility pieces. 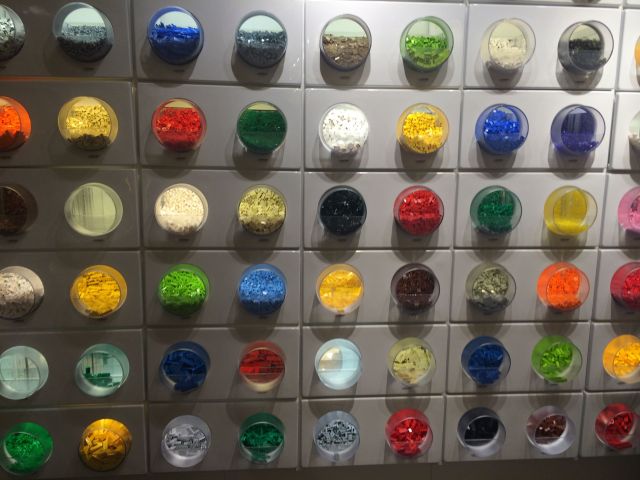 The sizes are useful, but you have to go with whatever colors are available

As a kid, lego bricks seemed to come mostly in red, but color is now required. 1×6 only came in yellow, 1×4 was just gray, pink or orange…. I was forced to adopt a wider variety of colors, including yellow, orange, pink, gray, and blue.

Once I had filled up two buckets, I also grabbed two large flat square boards to build on for $4.99 each. After shelling out $40, I rejoined my family.

The kids loved the new legos.  Initially, we started by using nothing but the bricks to build structures. Then, they let their imagination run wild as we mixed in the rest of the “specialty pieces” from our regular set. For the first time, they didn’t try to build a particular car or truck. They could build big. 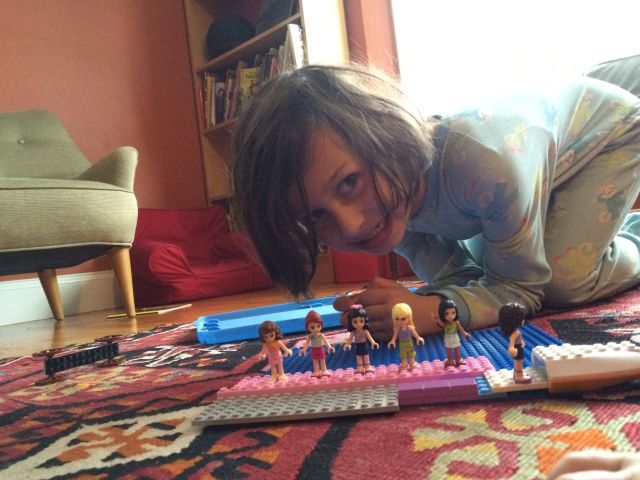 My five-year-old daughter built a ferry boat dock and ferry so that her Lego Friends characters could go on a trip.

My son built a multi-room house (with a little help)

My son needed some guidance, but he soon got very into building a large house with multiple rooms. 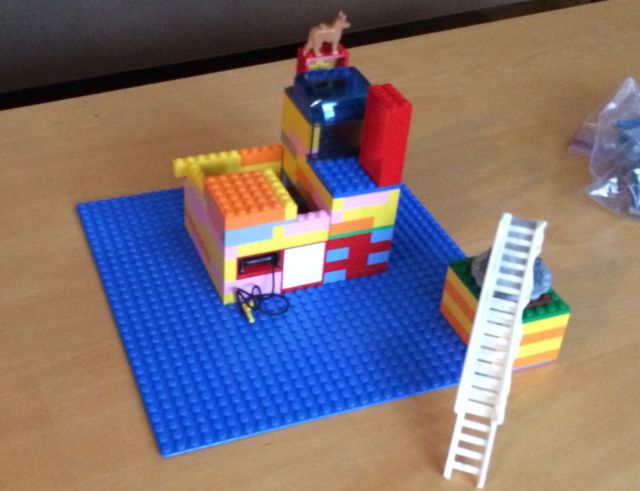 Then, they put their sets together. My son’s building became the island destination that my daughter’s Lego Friends were visiting. After boarding the boat at her dock, they sailed over to his house and used the ladder (co-opted from an old fire truck set) as the ramp to disembark.

These sets are a little more colorful than the ones I built as a kid, but at least now I feel like I am giving my kids the opportunity to use their imagination.

This entry was posted in Uncategorized and tagged family, lego, legos, parenting, shortcuts. Bookmark the permalink.

1 Response to Today’s Legos have too many specialty pieces, and how I’m fixing it for my own kids